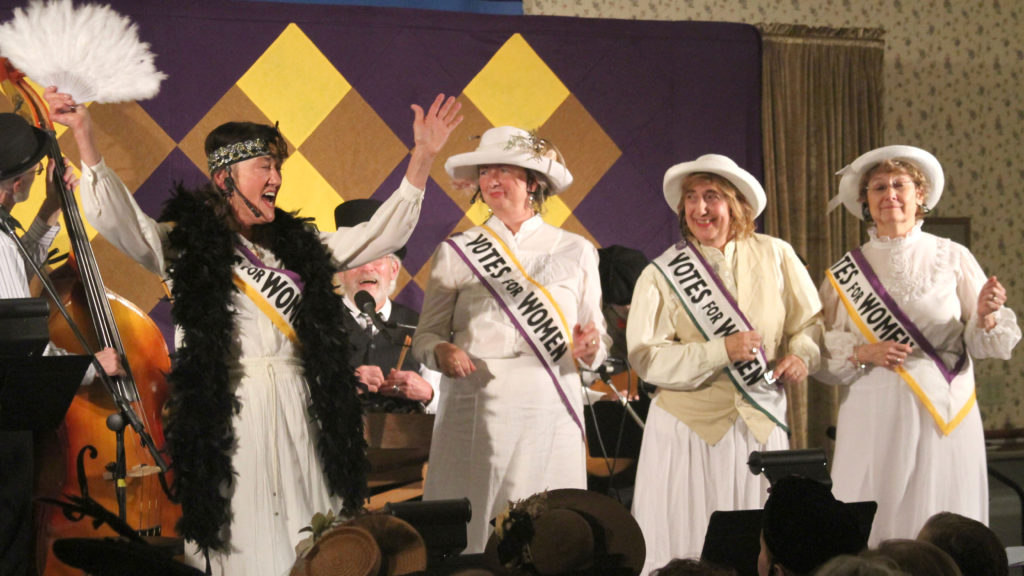 A concert of New York State’s hidden history in a performance of authentic songs used to persuade, rally and celebrate as sung by women and men during the American Women’s Suffrage Movement. Songs which range from humorous to poignant, from strident marches to hymns, and popular parlor songs. Through historical narrative and the songs we will tell the story of how American women won the right to vote in 1917 in New York, and 1920 in the nation. forwardintolight.oldsongs.org