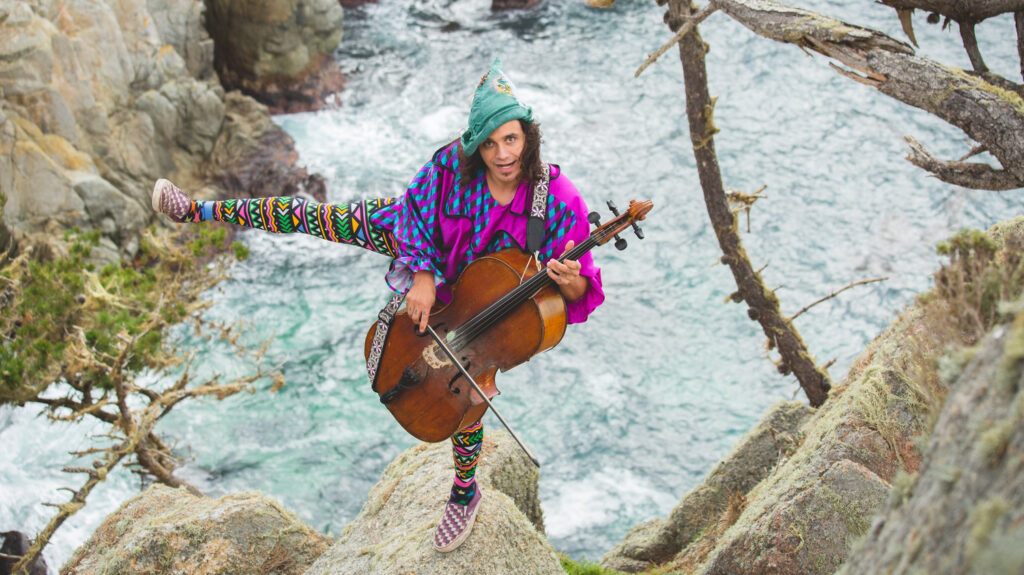 Presented in collaboration with Caffè Lena.

Rushad Eggleston, a.k.a. Rushadicus, is a mystical realm-hopping jester of infinite glee, whose unprecedented extremely fast bouncy cello style blows minds of all kinds. A charming entertainer with unbridled passion, his joy is so contagious that many showgoers complain of sore facial muscles afterwards (the name Rushad means “joyful soul”).

A whimsically adventurous sense of melody shines through in all shades & styles on any of the many instruments Rushad bejicks “to keep it fresh”. Sometimes he reads mystical poetry in his own language, speaks in tongues, channels aliens, throat-sings, beat-boxes, or does skits as different characters such as Negative Ralph, Country Bob, The Goblin, or Guru Fafa which he has a right to embody because of his half-indian heritage.

Somewhat of an acrobat, Rushad can spin on one leg, hang upside down, do splits, play in plough pose, and catch flying fruits in his mouth while playing fast intricate cello rhythms. A distinguished flatpicker, his innovation and skill are admired by many guitar luminaries. Although some of his music is avant garde and experimental (he has an amazing deathmetal cat-voice), he is an expert at making personal anthems to those for which he is playing.
.

The concert will be held in-person at Caffè Lena and streamed on: CaffeLena.tv