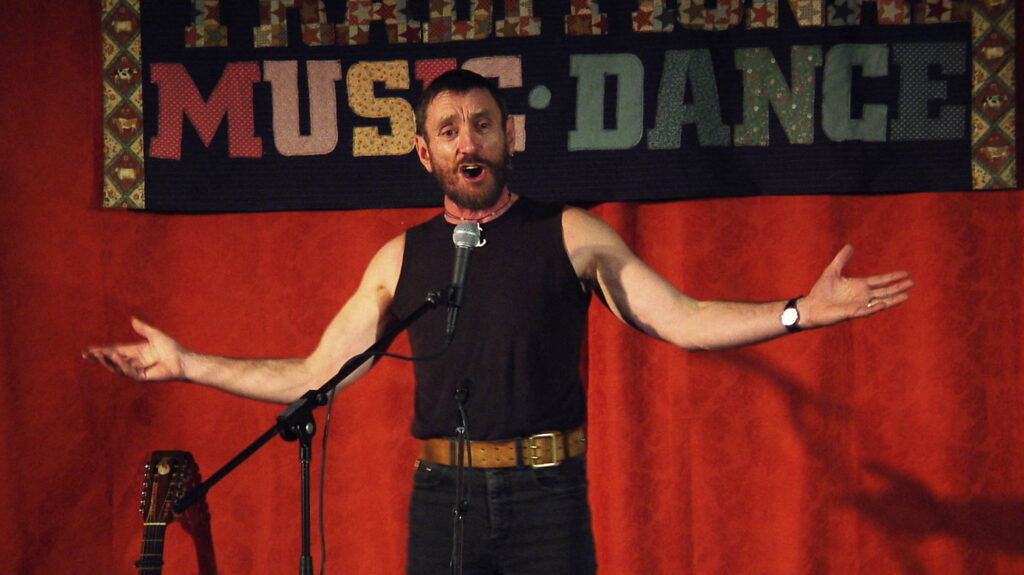 Old Songs is partnering with Falcon House Concerts, Folk Music Society of NY, Branford Folk Music Society, Folk Song Society of Greater Boston, and the Folklore Society of Greater Washington to bring you the Livestream from the UK Concert Series from the Falcon Studio in Whitby, UK
Tom Lewis loves to sing. And he loves it when people sing along. His powerful voice easily reaches to the rafters and just seems to pull other voices up aloft with it. Known throughout the maritime music world for penning classics like A Sailor Ain’t a Sailor (The Last Shanty), Marching Inland, Sailor’s Prayer (the one where the dove has wings as sharp as razors), Tom is just as likely to belt out a traditional sea chantey pulled straight from Davy Jones locker. He’ll even tell you a story, and it might even be true!