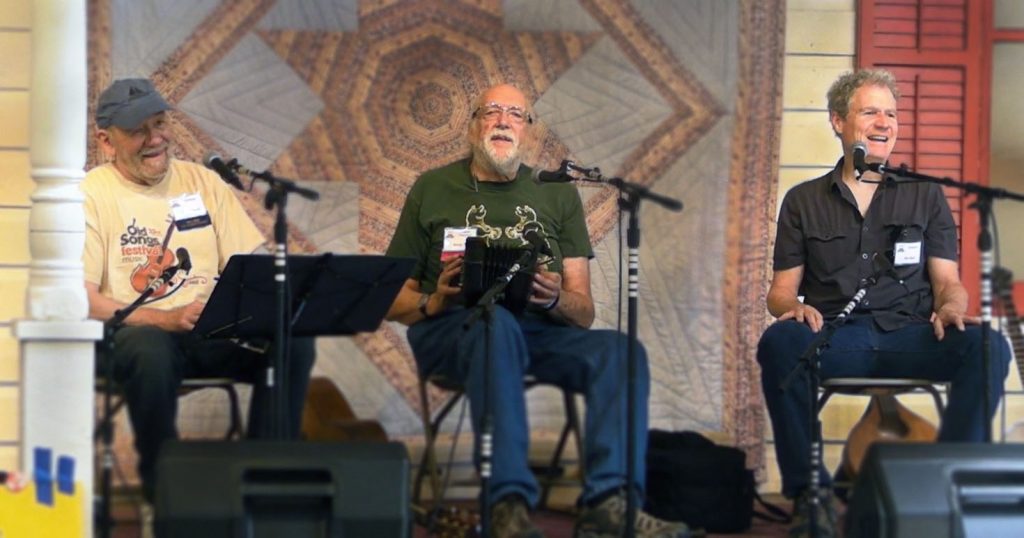 A lifelong collector and performer of traditional songs, George Ward draws on the rural singing tradition of the American Northeast for his main inspiration. Ancient ballads migrant in the New World, songs of the rural home and hearth, songs of the lumber woods, the rivers and canals are central to his repertoire. They are joined by songs of social movements, the Down-Rent Wars of nineteenth century New York, the American Revolution, and by comic songs from a variety of traditions. George’s writing includes contemporary songs, often in traditional style, dance tunes and other explorations for a variety of traditional instruments and soundtracks for a number of film and television productions.

Or call Old Songs to reserve: (518) 765-2815.
If online tickets sellout, they may still be available from Old Songs.
Refunds are not available for this event.