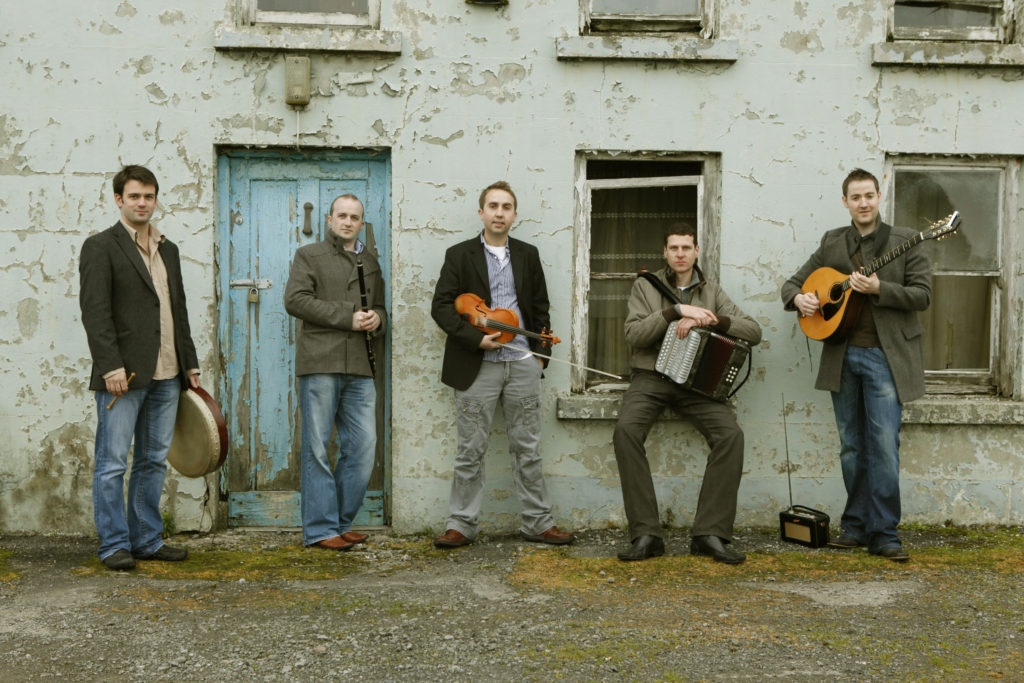 One of Irish traditional music’s leading export, Téada is driven by a fascination for the timeless, expressive force of music inherited from previous generations of musicians. Founded by Sligo fiddler Oisín Mac Diarmada, Téada first came together in 2001. With engaging textural arrangements, Téada, meaning “strings” in the Irish language revels in the vibrant traditional music of Ireland. Deftly playing up its structural intricacies while preserving the contagious energy inherent in the repertoire, the group strives to capture a sense of the rawness and individuality of the solo artist, within a modern group context.

Or call Old Songs to reserve: (518) 765-2815.
If online tickets sellout, they may still be available from Old Songs.
Refunds are not available for this event.